Japan spans an archipelago of 6852 islands, with the five main islands being Hokkaido, Honshu, Shikoku, Kyushu and Okinawa. Tokyo is the largest city and the capital; other major cities include Yokohama, Osaka, Nagoya, Sapporo, Fukuoka, Kobe and Kyoto. The culture of Japan is well known around the world, including its art, cuisine, music, and popular culture, which encompasses prominent animation and video game industries.

These are examples of citizenships that don’t need a travel visa to enter Japan: Canada, U.S., Mexico, etc. 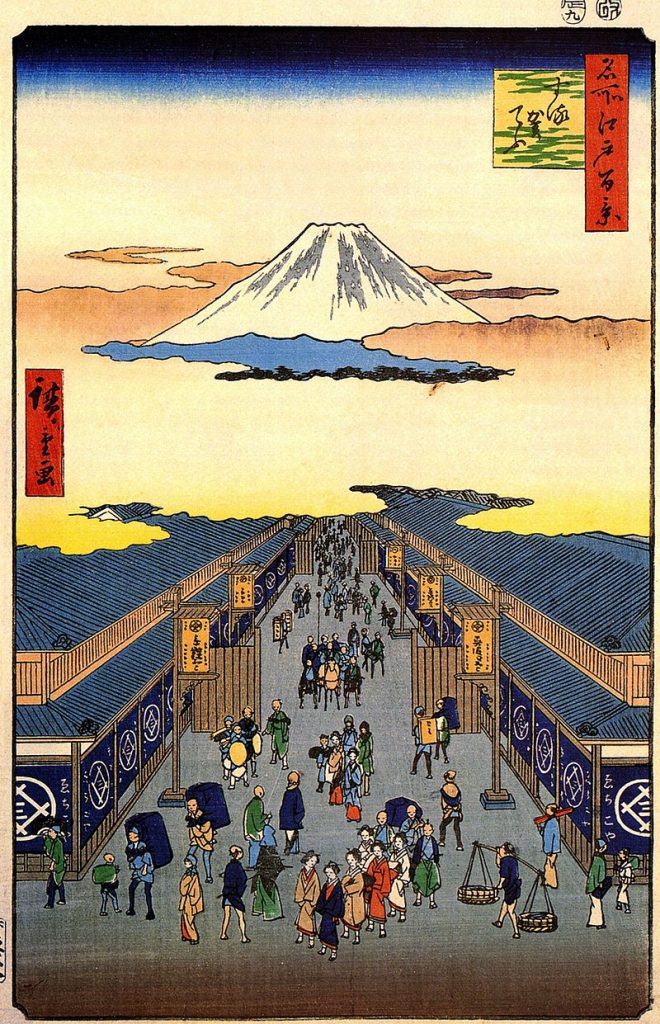 The Greater Tokyo Area is the most populous metropolitan area in the world, with more than 37.393 million residents as of 2020. The city is the political and economic center of the country, as well as the seat of the Emperor of Japan and the national government.

Originally a fishing village, named Edo, Tokyo became a prominent political center in 1603, when it became the seat of Tokugawa shogunate（the feudal military government of Japan between 1600 and 1868）. Today, Tokyo is the largest urban economy in the world by gross domestic product. It has the world’s tallest tower Tokyo Skytree and East Asia’s oldest underground metro line The Tokyo Metro Ginza Line(1927).

Notable districts of Tokyo include Chiyoda, Shinjuku, and Shibuya.

Airports: Narita International Airport(NRT) is the major gateway for international travelers to Japan. Japan’s flag carrier Japan Airlines, as well as All Nippon Airways, have a hub at this airport. Haneda Airport(HND) also offers domestic and international flights. 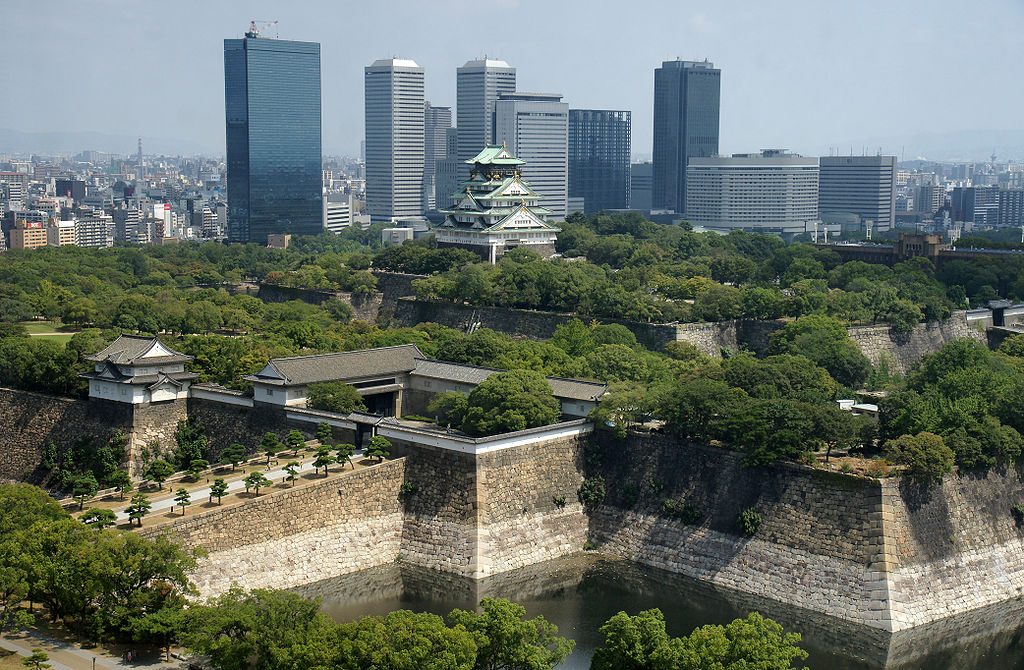 Osaka is the largest component of the Keihanshin Metropolitan Area, the second-largest in Japan, and the 10th largest urban area in the world with more than 19 million residents. Famous landmarks in Osaka include Osaka Castle, Sumiyoshi Taisha Grand Shrine, and Shitenno-Ji, the oldest Buddhist temple in Japan.

By the Kofun period(250-538CE), Osaka developed into a hub port connecting the region to the western part of Japan. Trade with other areas of the country and the Asian continent intensified. Osaka was long considered Japan’s primary economic center, with a large percentage of the population belonging to the merchant class. Over the course of the Edo period(1603-1867), Osaka grew into one of Japan’s major cities and returned to its ancient role as a lively and important port. As the move of national capital to Tokyo, Osaka changed from being the capital of the economy and finance to being a predominant industrial center. It became known as the “Manchester of the Orient”.

In 794, Kyoto was chosen as the new seat of Japan’s imperial court. The original city was arranged in accordance with traditional Chinese feng shui following the model of the ancient Chinese capital of Chang’an. The emperors of Japan ruled from Kyoto in the following eleven centries until 1869 when the court relocated to Tokyo. Nowadays Kyoto is considered the cultural capital of Japan and a major tourist destination. Kyoto contains roughly 2,000 temples and shrines. About 20% of Japan’s National Treasures and 14% of Important Cultural Properties exist in the city proper.  Famous sites of the city includes Shimogamo Shrine, Kiyomizu-dera, Kinkaku-ji..etc. 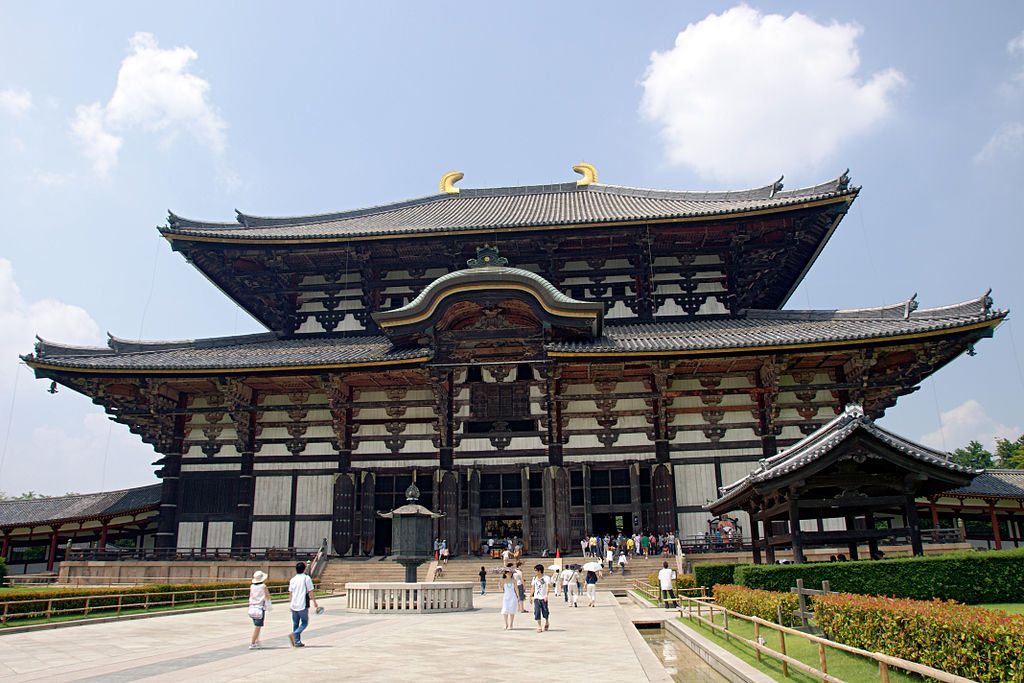 Nara was the capital of Japan during the Nra period from 710 to 794 as the seat of the Emporor before the capital was moved to Kyoto. Nara is home to eight temples, shrines, and ruins, together with Kasugayama Primeval Forest, collectively form the Historic Monuments of Ancient Nara, a UNESCO World Heritage Site.

Tame Sika deer(also known as spotted deer or Japanese deer) roam through the town, especially in Nara Park. In 2015, there were more than 1,200 sika deer in Nara. Some deer have learned to bow in order to receive senbei(deer crackers) from the people.

Hiroshima is best remembered as the first city targeted by a nuclear weapon when the United States Army Air Forces dropped the atomic bomb “Little Boy” on August 6th, 1945. In 2016, some 1.18 million foreigners visited Hiroshima. American were the largest group, accounting for 16%. Since being rebuilt after the war, Hiroshima has become the largest city in the Chugoku region of western Honshu, the largest island of Japan.

Today, Hiroshima is the capital of Hiroshima Prefecture in Japan. As of June 1st, 2019, the city had and estimated population of almost 1.2 million.

Hiroshima is known for okonomiyaki, a savory(umami) pancake cooked on an iron plate, usually in front of the customer.